A top of the range Android phone will cost you somewhere between £500 and £700 today in the UK, and a mid-range alternative – many of which are outstanding – will still cost you £350 or so.

So if you’ve just broken your trusty handset and need a replacement in a hurry, here are 5 solid alternatives that are worth considering all of which are (pretty much) £100 or less.

Needless to say, other retailers might have them cheaper (and may also be able to offer one-day delivery) but for ultimate convenience, these are all available via Amazon Prime for next-day delivery. 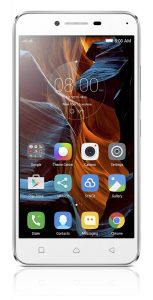 While Lenovo isn’t exactly an everyday name for smartphones in the UK, it is the world’s largest PC maker, so isn’t about to up and disappear either.

As one of, if not the, best specs in this roundup, the K5 should probably be in your short list.