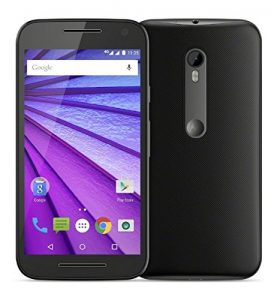 Motorola’s E and G ranges have always represented good value paired with reliable performance. Sure, it’s not going to blow you away like a flagship, but you’re not going to end up whimpering when you inevitably drop it and break it either. It’s also rocking a ‘vanilla’ version of Android too, which is a plus for most people.

If that’s too much, there’s the second-gen Moto E to consider for around £75, but that’s starting to get a little long in the tooth now.