This is a half-weird, half-awesome looking electric bike that’s designed for on and off road use. It’s currently looking to raise £60,000 on Kickstarter, having failed to reach its previous target of £100,000. 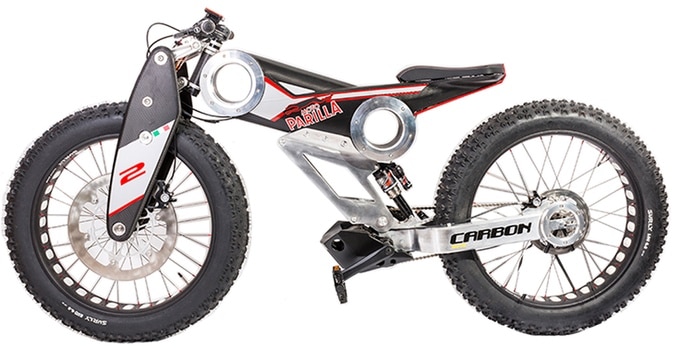 You can pedal, you can use its 250 watt or 500 watt electric motor to speed you along – your motor depends on your pledge and your preference. People in Europe will probably want to go for the 250 watt model, as the larger one won’t be legal on the road as a bicycle.

The failed campaign raised £53, 259, so if it gets a similar amount of support this time, it should be delivered, with the first models slated to start arriving in December this year.