Google’s piracy update says that YouTube has paid out $2 billion to rights holders since it first launched. It also says it has paid out more than $3 billion to the music industry.

Google’s Content ID system, used to protect against infringement and unauthorized uploading of copyrighted works, now monetizes around 90 percent of all its identified content – and that 95 percent of the claims that would be eligible by record companies are forfeited for the cash instead.

The company also said it has paid out more than $7 billion to developers on the Google Play Store. 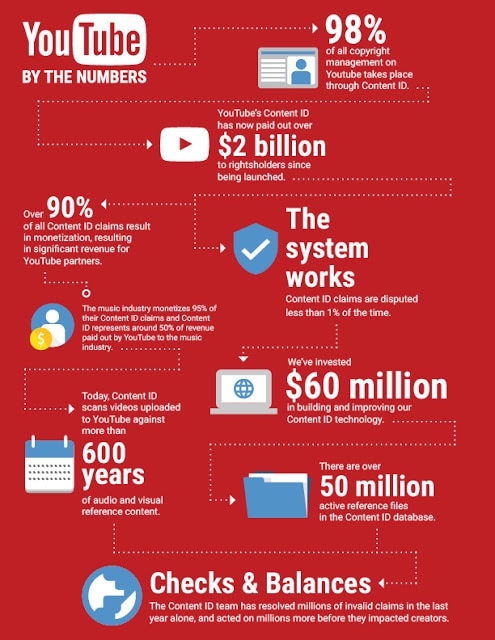 New data sharing deal between US and Europe starts today