Home » News » The Mr Robot mobile game is confusing, annoying and I love it
News

The Mr Robot mobile game is confusing, annoying and I love it

It’s not too surprising to see a successful TV series like Mr Robot spin-off a mobile game in an attempt to cash in a little more on the brand, but while these sorts of games tend to play like the cynical money-making machines they are, ‘Mr. Robot:1.51exfiltrati0n.apk’ gives you an experience that stays true to the series.

In a nutshell, the game is set within the narrative of the first season of the show, and begins with you (Elliot) finding Darlene’s phone on the ground at Coney Island. Rather than simply arrange to give it back to Darlene, something she actively avoids at the beginning of the game, which is a little odd, you then have to set about completing a number of tasks for her. 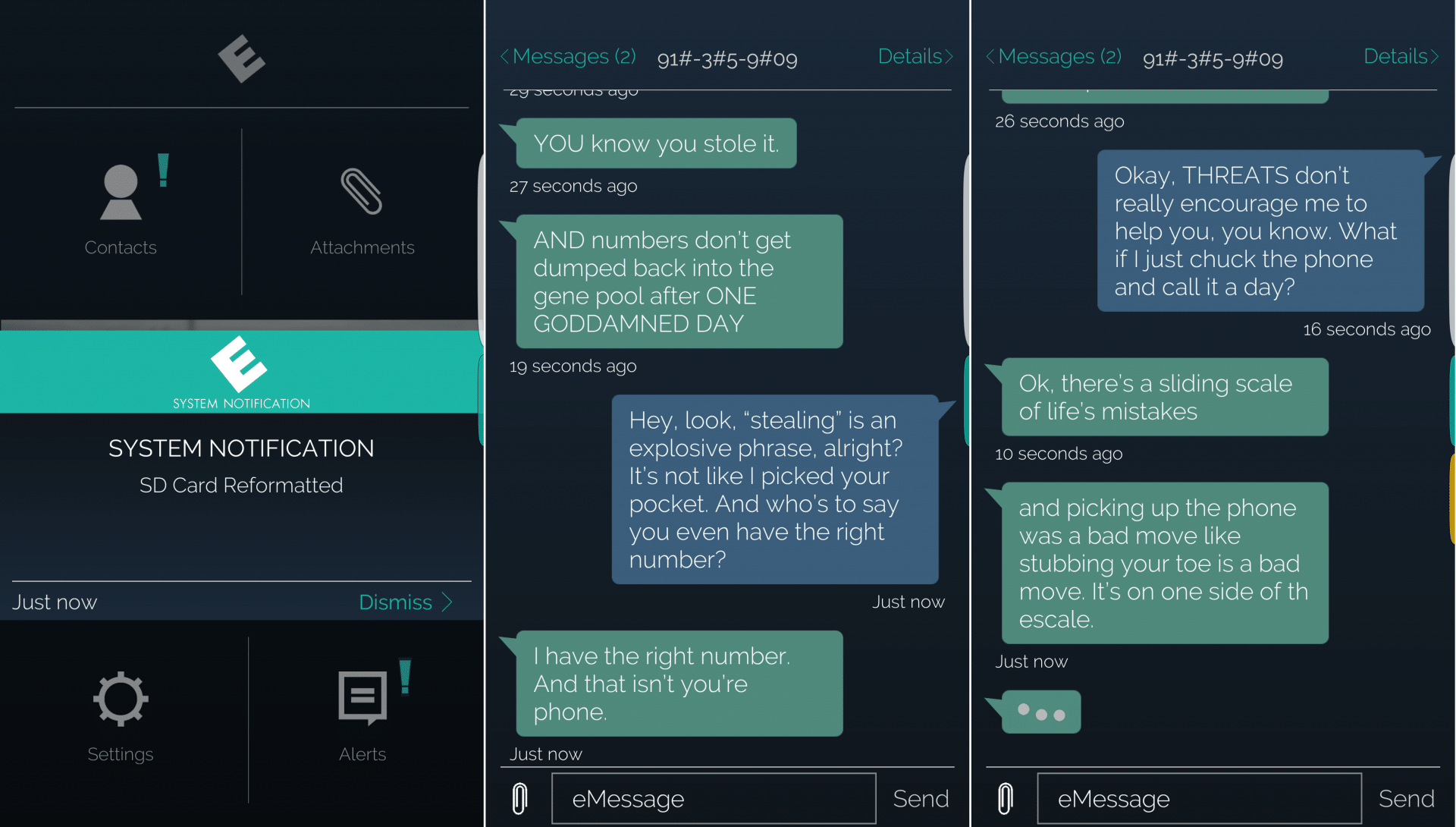 All these tasks are carried out by (surprisingly interactive feeling) text message exchanges. There are a few nice touches throughout the game to keep the real-time feeling, and it’s hard not to crack a smile at some of the group SMS chats that take place or when a character makes increasing typos as they get more panicked.

While the game is, essentially, made up of choosing a response from the three available options, it manages to stay true to the TV show by keeping you on the edge of your seat – and then giving you that sinking feeling that you just screwed something up. 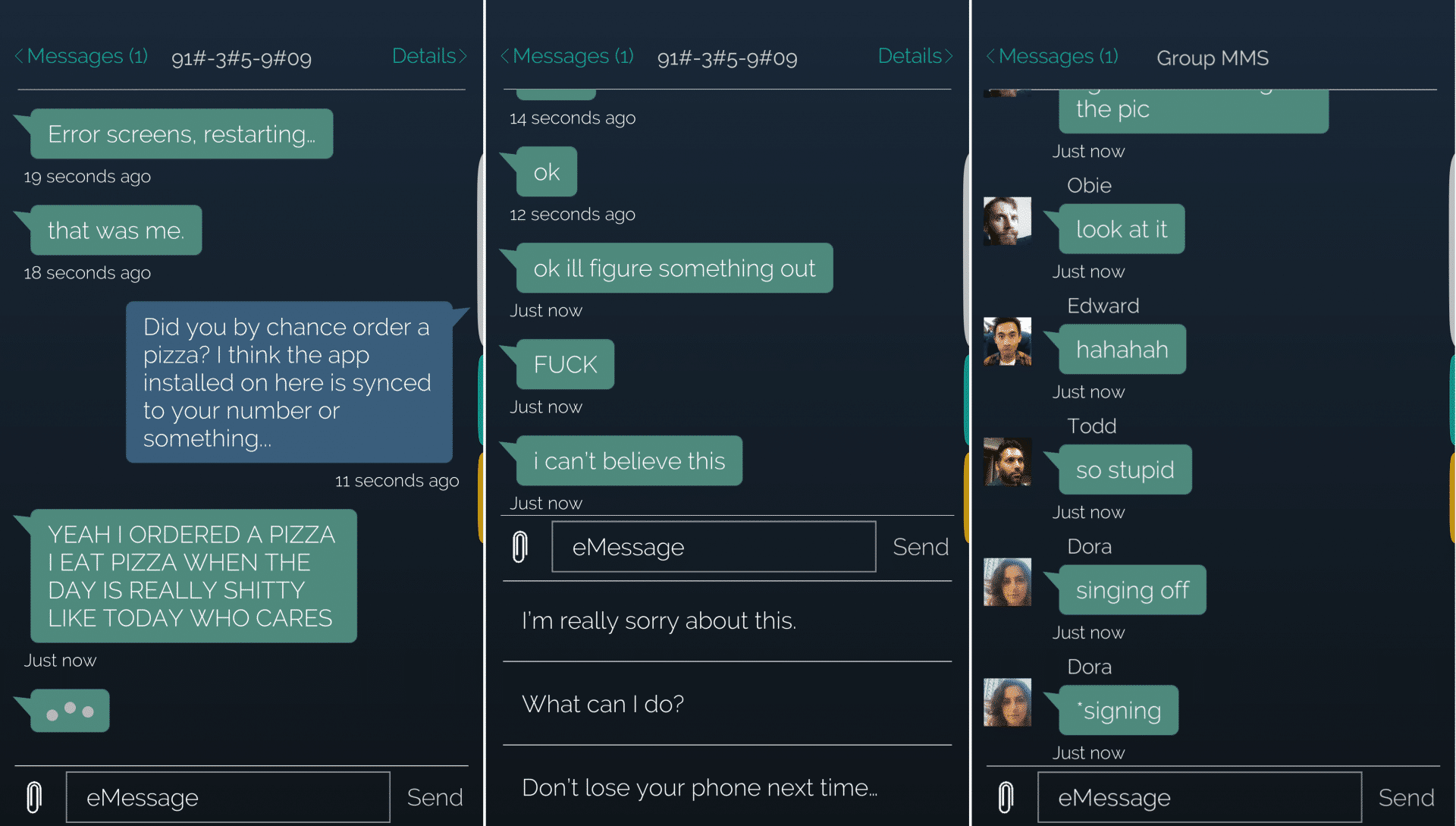 Another confession: as I write this now, I’ve just had to restart the entire game. I deliberately wiped my progress after getting stuck for too long, concluding that, yes, I had in fact screwed up somewhere earlier along the line.

There are almost no other mobile games that I’d even consider restarting (Plague and Trick Shot are the only exceptions that spring to mind) but I’m already looking forward to the next time that Mr Robot leaves me wondering just what the right this is to do.

In fact, I’m going to get onto that right now. If you want to check the game out (note: some players, while liking the game, feel it’s a little too short or rough for its price), you’ll need to cough up $2.99/£2.79. It’s available for both iOS and Android devices.