Home » News » Brutalism: One of the world’s most influential architecture Tumblr accounts has been hacked [Updated]
News

Brutalism: One of the world’s most influential architecture Tumblr accounts has been hacked [Updated]

Update, July  26 – FuckYeahBrutalism is back to normal after support staff got in touch with Abrahamson.

Michael Abrahamson, a designer and architecture critic, has lost control of his Tumblr account that has hundreds of thousands of followers, following a phishing attack.

Abrahamson’s Tumblr ‘FuckYeahBrutalism‘ started in December 2010, and had a single image posted to it every day, amassing some 220,000 followers on Tumblr alone. To give an idea of the blog’s popularity and influence in the architecture world, the average number of shares for every post made was above 350, Abrahamson told me.

It’s that sizable following that has seen FuckYeahBrutalism listed in numerous ‘must-follow’ architecture listicles around the Web. Tumblr itself also suggests following the blog by highlighting it in its ‘Spotlight’ pages.

“I believe (with no small amount of bias) that fuckyeahbrutalism was one of a small number of architecture blogs that succeeded in changing the taste and orientation of architecture culture over the past five plus years.”

So, safe to say, people notice when random spammy posts started popping up.

Initially, Abrahamson thought Tumblr had deactivated his account while he was out of the country travelling, but has since found out that someone managed to take control of it on July 20, most likely via SMS messages he received while travelling saying he needed to take some action to verify the account. 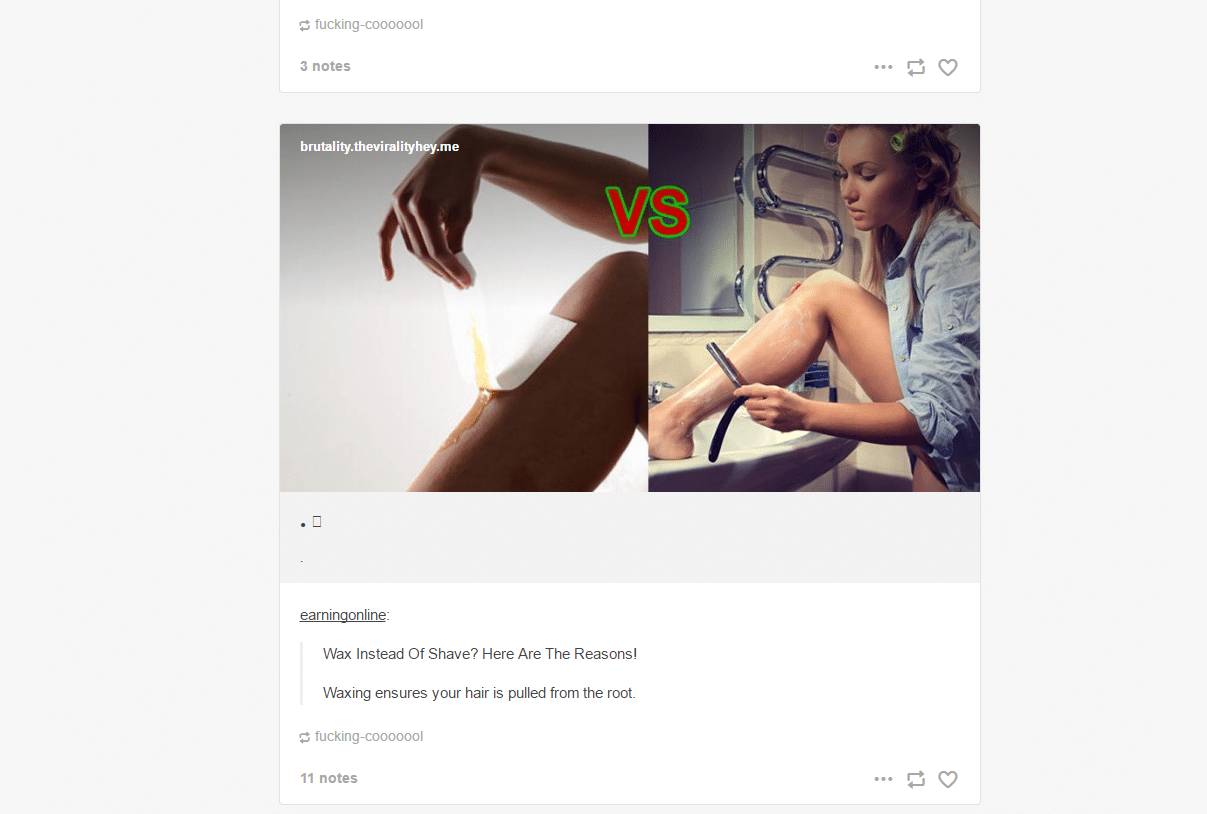 This is clearly spam, not Brutalist architecture.

He later realized that it was a hack when noticing that the Tumblr still exists under the name ‘FuckYeahItsBrutalism’ – and that the same person (seemingly) had taken the original account name of FuckYeahBrutalism. That page appears now has adverts for white goods.

Unfortunately, this isn’t a story with a happy ending right now. Abrahamson still doesn’t have control of the blog. Spam is still being posted to both accounts and he’s been unable to get a response from Tumblr staff about what steps to take.

Tumblr hasn’t responded to multiple requests for comment or with answers to our queries. We’ll update here if it does though.

Report: iPhone 7 release will be week of September 12