The Aiptek i70 is a tiny projector that connects to your Android or iPhone with consummate ease. It’s not going to replace your TV set anytime soon, and nor is it really supposed to, but it did get me considering a future without a TV, and obviously, they’re useful in a business setting too.

Admittedly, projectors aren’t something that pop up on my radar all too frequently, but this one piqued my interest for a few reasons.

Aiptek i70 review: Hardware and Design

The i70’s key appeal to me is its size. It’s a tiny flat rectangle of a device that you could easily pop in your pocket, should you wish to take it out and about with you – and that’s really the point of a projector this small, whether that’s for work (presentations, collaborating with colleagues, etc.) or leisure. Where it struggles is exactly where you think it might, and where all projectors live or die: how bright the projection is/how dark the room needs to be for it to be used effectively. On paper, that’s 70 lumens for the i70. 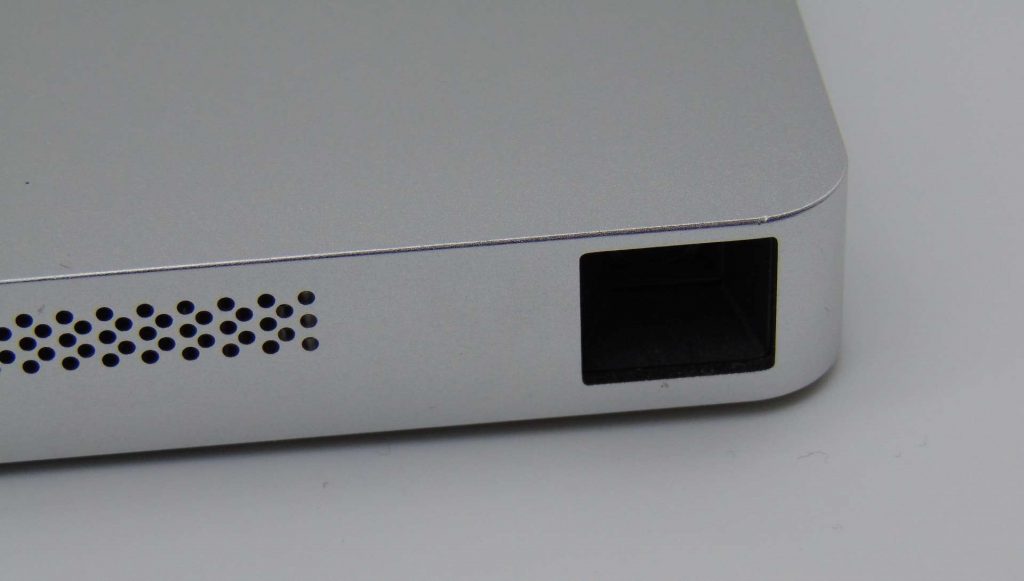 Taking the unit’s diminutive size into consideration, it does surprisingly well – you certainly don’t need a pitch black room to use it in, but you’re also not going to get a very good experience if trying to use it for a large projection in daylight. The smaller the image you’re projecting, the brighter it appears – there’s no keystone adjustment options for the offset, meaning you’ll end up balancing it on something if you need to angle it upwards, rather than flat. It’s the same for zoom – meaning there is none, and you just need to place it as near or far away as you need for your desired projection size.

For the maximum image size of 80-inches, you’ll want it about two metres away from your screen/surface. 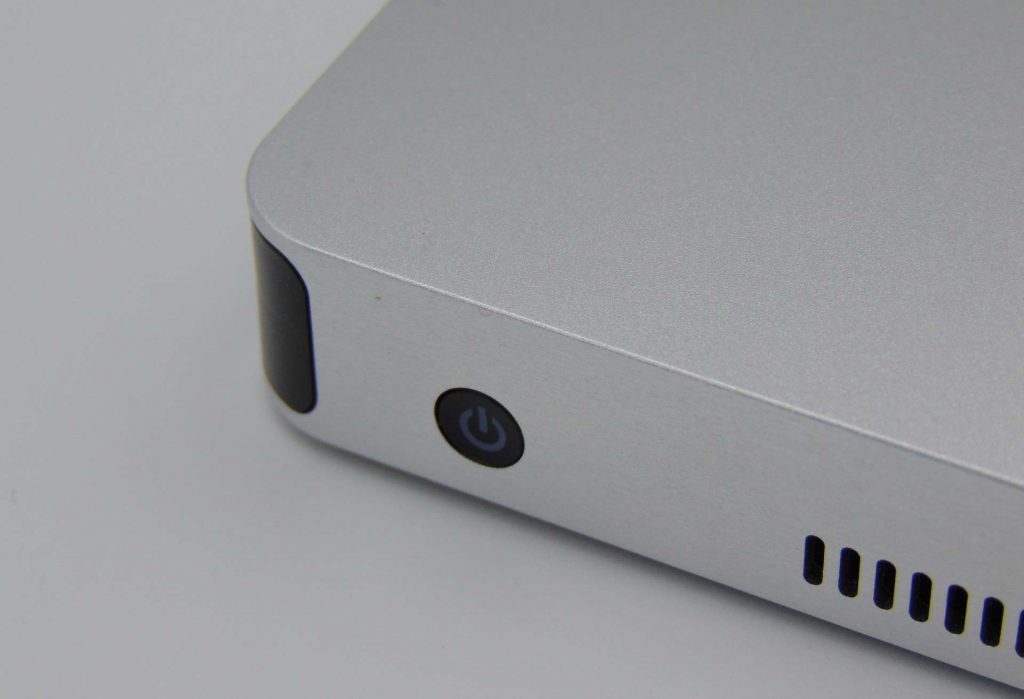 What this might amount to so far is a fairly negative-seeming review, but that’s really not the case. Projectors, Pico or not, aren’t for everyone (at least right now) and how useful they are to you will depend on your use case.

Sure, if I had hoped that the Aiptek i70 would replace my TV, thereby freeing up the space taken up by the huge black box, then I’d be disappointed, but that was never the intention. And remember, it measures just 8.5 x 8.5 x 1.7 cm and weighs 136g, which is about 30 grams lighter than the average baseball.

Aiptek i70 review: My experience

What I have used it for, however, has been to stream TV and movies onto my bedroom wall and ceiling; to show some large-scale, low-resolution photos to family in my lounge, and occasionally to project an episode of a TV show onto the wall while I cook dinner. And in these tasks, it’s been excellent. Mostly.

I did have one problem: the first time I used the unit, the integrated speaker (which is, in almost all situations, not what you want to be listening to content through) worked just fine. It never worked again after that though. This wasn’t really a problem for me specifically, as my house is scattered with Bluetooth speakers, which is what I was using the rest of the time. Assuming it may be faulty, had this been a regular unit, I’d have returned it for an exchange (this is a review unit that has since been returned to the company). 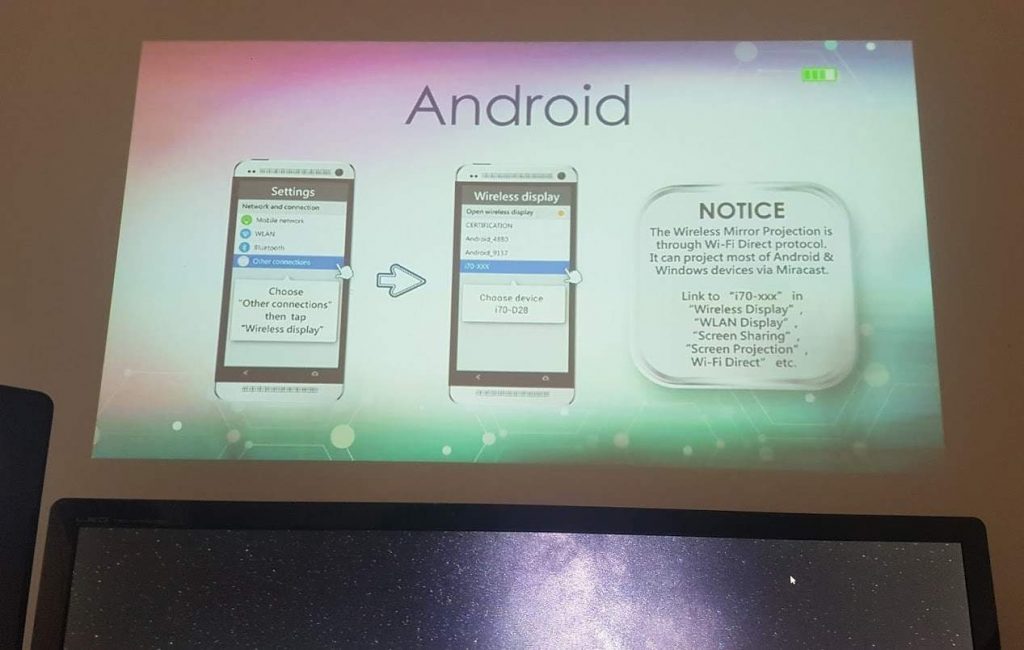 You can use it off its internal battery for around an hour, though the stated life is 80 minutes, otherwise you’ll be using it while plugged in via microUSB.

It’s real appeal, however, is the convenience offered by the overall package – it connected to both iOS and Android devices simply in my testing (though if you have an old model that doesn’t support iOS 10, you should return it for a newer model that does), and offered up an HDMI port for those times when I needed to plug it in. 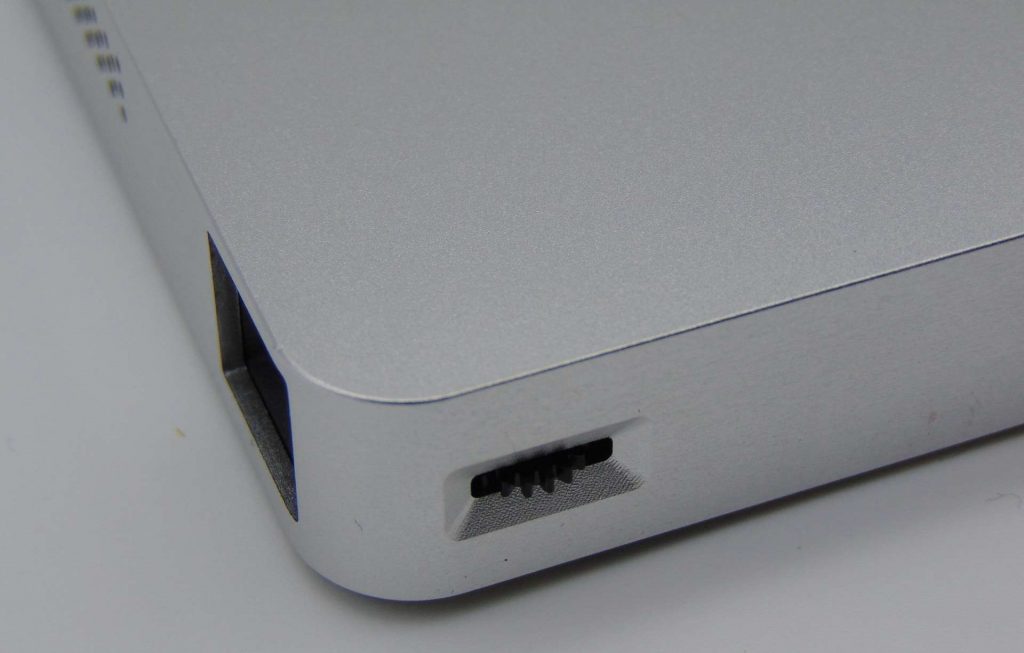 For £250, it’s not a no-brainer purchase, and it’s not a perfect one either. While the image quality is actually pretty decent if you give it the dim conditions it craves, it’s not really bright enough to satisfy if used as your only entertainment device, but it’s a great, portable, and flexible option for anyone that does find the need for one now and again.