Christmas has come and gone, and with it a Batman drone by Propel turned up in the post unexpectedly. So naturally, the only thing to do was to put together a Batwing HD review for anyone else interested in the themed quadcopter.

At £80 with a 720p HD (2MP) camera, it’s not the cheapest option around, though it is also available without the camera for £30 less if footage isn’t important to you. If you want to jump to a specific section of the review, you can do that with the links below. 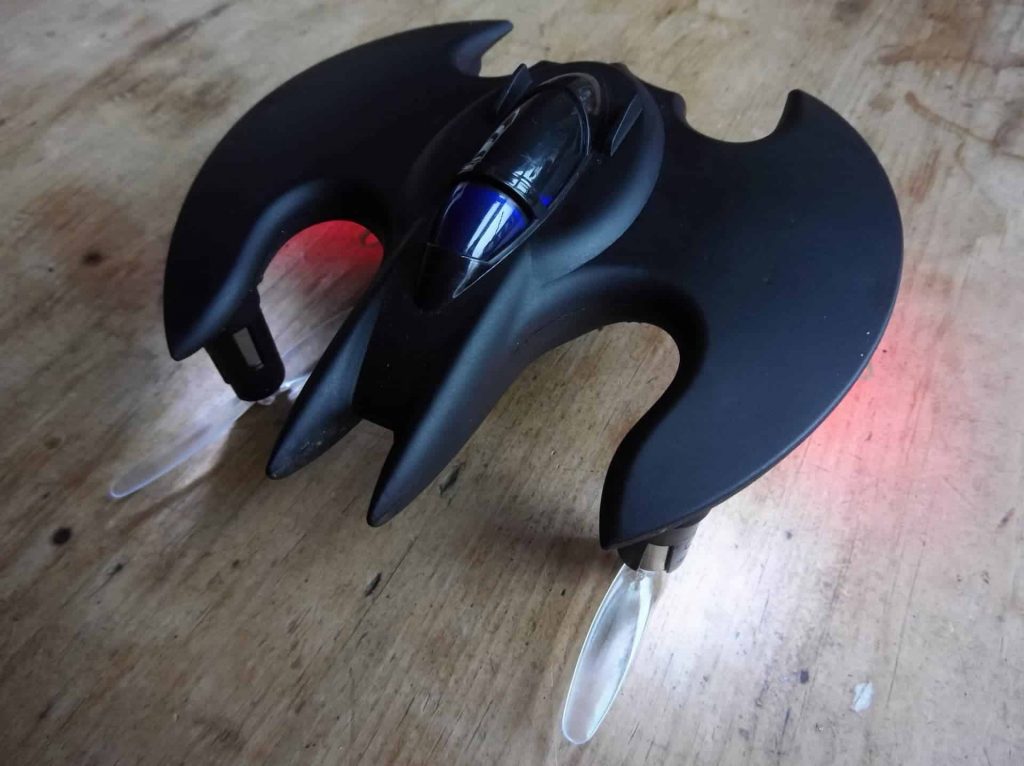 As you might expect given the Batman-theming of this drone, it’s toy/hobby, grade. That doesn’t take away from the overall positive first impression that the plastic chassis delivers and the unmistakable enjoyment that’ll surge through you the first time you fly the Batwing directly overhead and look up to see the Batman logo overhead, but it still feels like a bit too plasticky for my liking.

Unlike a DJI or Parrot, the Batwing was conceived more for fun than capturing amazing footage from onboard cameras, so keep your video expectations realistic.

The front-facing 720p camera will record footage directly to an onboard microSD card (not included). Tapping the record button on the controller switches recording on and off. There’s no facility to view a live-feed from the camera as with an FPV drone.

As long as it’s a bright, still, sunny day you’ll get a respectable image out of the camera, but don’t go expecting miracles in any less favourable conditions.

On the bottom side of the drone, you get flashing red and white/blue lights to indicate back and front when airborne, but they’re too dull to see on any sort of bright day. They’ll come in handy if you’re flying indoors though. 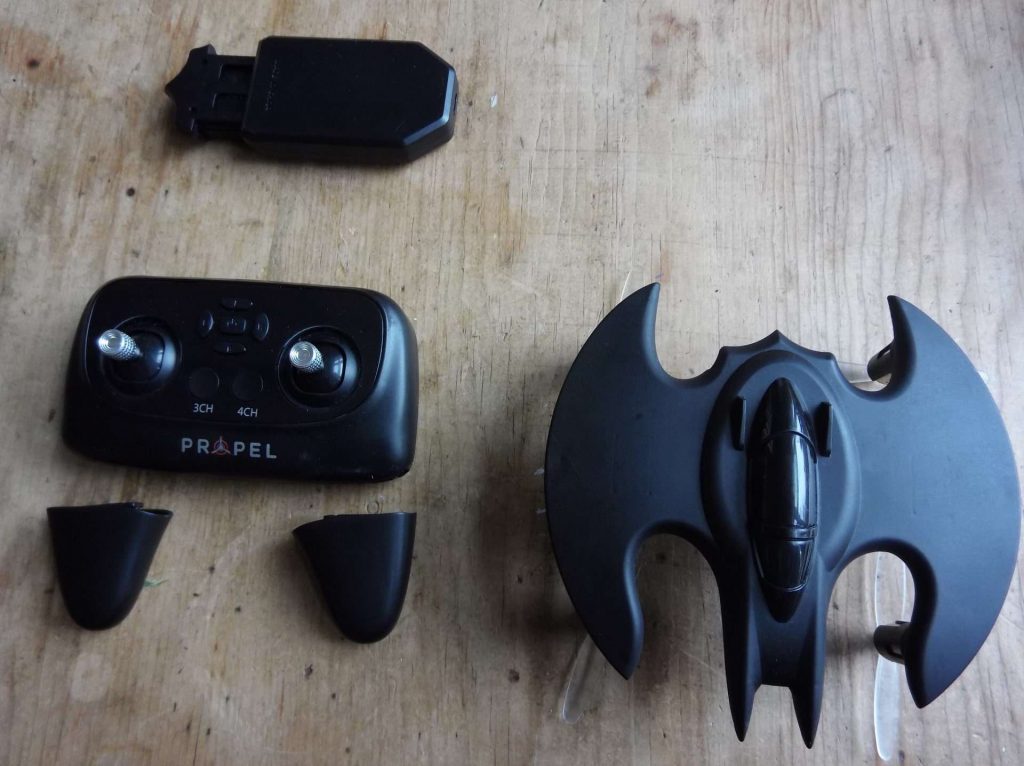 Those are controller extensions, not bat ears.

It’s these propellers that are the main problem for the Batwing drone, as they’re transparent and have a tendency to pop off at the slightest crash landing.

It comes with a 2.4GHz controller that’s a little smaller than expected, but perfectly functional. Along the top of the controller, there are buttons for taking off/landing, changing the speed/control sensitivity, controlling camera recording and performing stunts.

The Batwing HD drone is really simple to get ready for its first flight. You just need to push the props on (in the correct A and B positions), pop in the battery, pair the controller (with the traditional up-down of the left stick) and you’re ready to go.

There’s an auto-takeoff and land function on the controller, but you can override this by holding both control sticks diagonally inward towards each other until the lights flash on the drone. Once they have, pushing the left throttle stick forwards will allow you to takeoff manually.

As someone that’s flown a few different toy and hobby grade drones, but wouldn’t necessarily class myself as a proficient pilot, it was slightly disappointing to hit the auto takeoff button for the first time in my kitchen, only to have the drone launch directly up, scoot forwards and tangle itself up with the dishes.

Decide that testing it outside might be smarter until I’ve got the hang of it.

Fast-forward to Boxing Day and I was visiting a friend in the countryside with a paddock. A perfect opportunity to test the Batwing HD, or it would have been if it hadn’t been so windy. Nonetheless, testing apprehensively went ahead.

Within a few minutes, I’d got the hang of piloting the Batwing, though did find the 4 channel mode considerably easier than 3 channel, which is the reverse of what you’d expect.

As I was at a friend’s house, he also wanted a turn at flying. Within two minutes he was climbing to the top of the closest tree to retrieve the Batwing, which had crash-landed and lodged itself after 90 seconds of trouble-free flight. 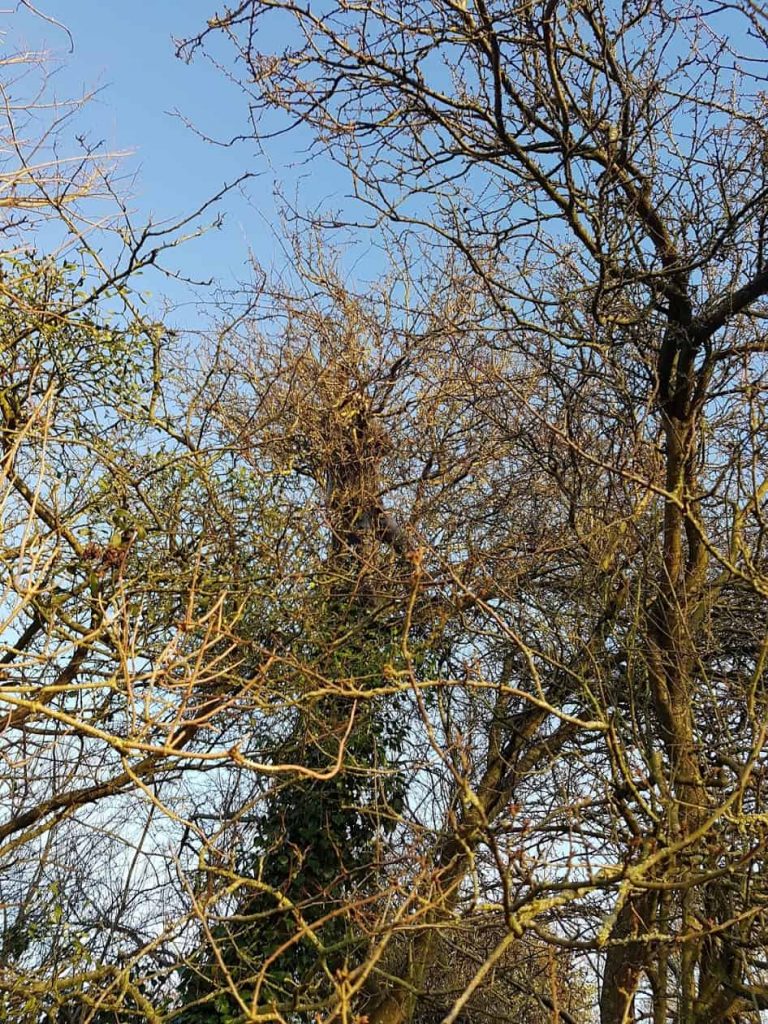 If you look really closely, you can see my friend retrieving the Batwing from a tree.

I feared the worst, having broken two props in far less severe crashes in my kitchen, but to my surprise there was no damage whatsoever, and all the blades remained intact and in place.

Once retrieved and recharged, hitting the stunt button on the top right of the controller didn’t do anything in the strong wind but executed the expected flips during a later indoor flight. It claims to be able to take the flips at high-speed, so it would have been nice to test where there was enough room to put that claim to the test. The claimed 200ft flight range seems about right for the flight test and it didn’t inexplicably lose contact with the controller. 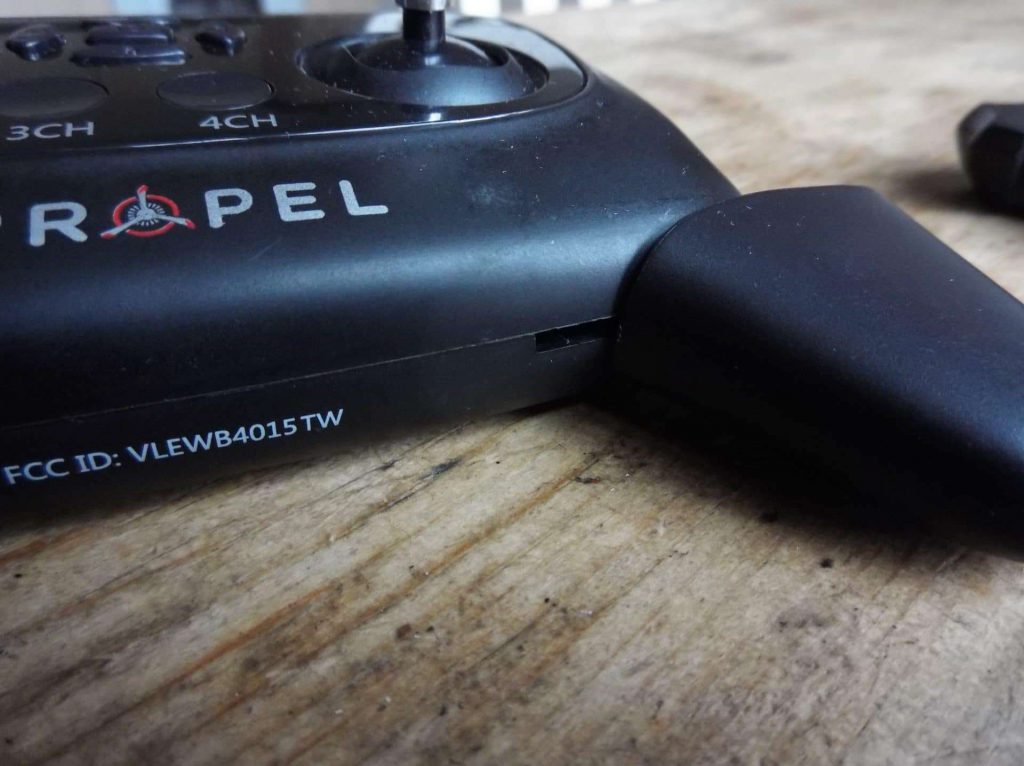 How the aforementioned bat ears attach

Changing between the different speed modes makes a big difference (as you’d expect) between the handling characteristics, but you’ll need to keep an eye on the Batwing if you go at full speed in fastest mode as it has a tendency to lose altitude very quickly due to the pitch of the nose. It’s a lot of fun though, and doesn’t take much learning. 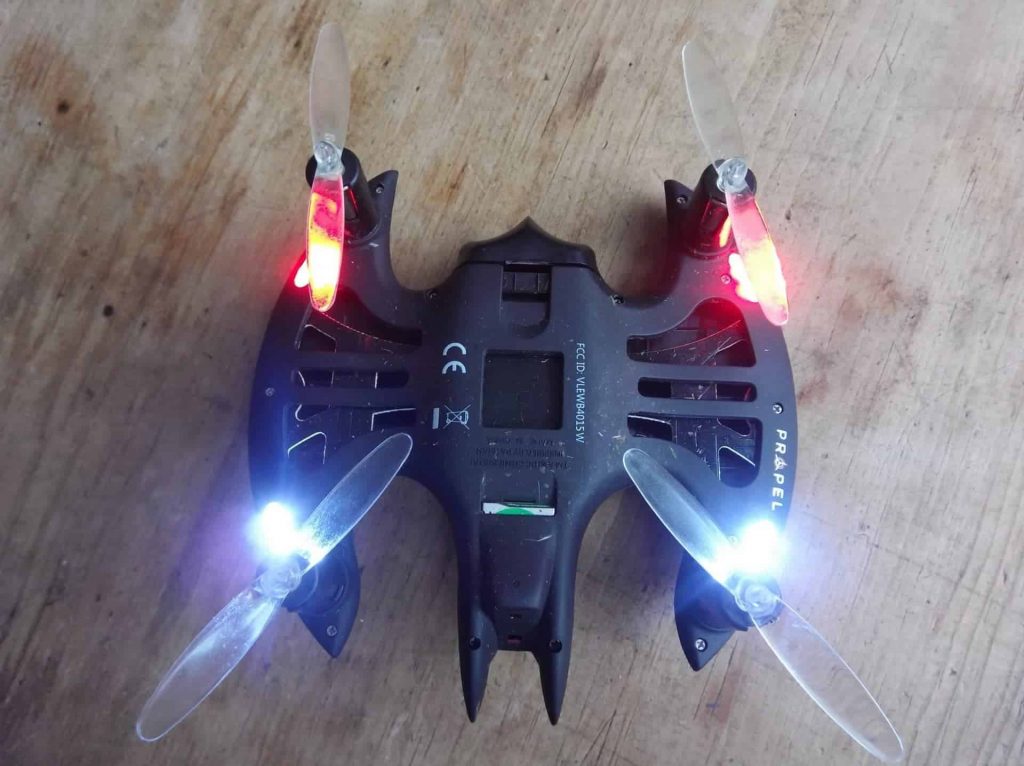 Guess who crash landed it in wet grass repeatedly before taking photos?

Mishu's dating app is like Tinder, but with an attempt at fun