When Google Home was first announced, I was keen to try it out, but knew it’d be a US-only deal at launch. With Home now available in the UK at around £150, however, it was time to spend some time living with one. But is Google’s smart assistant for the home worth spending your hard earned cash on? Read on to find out. 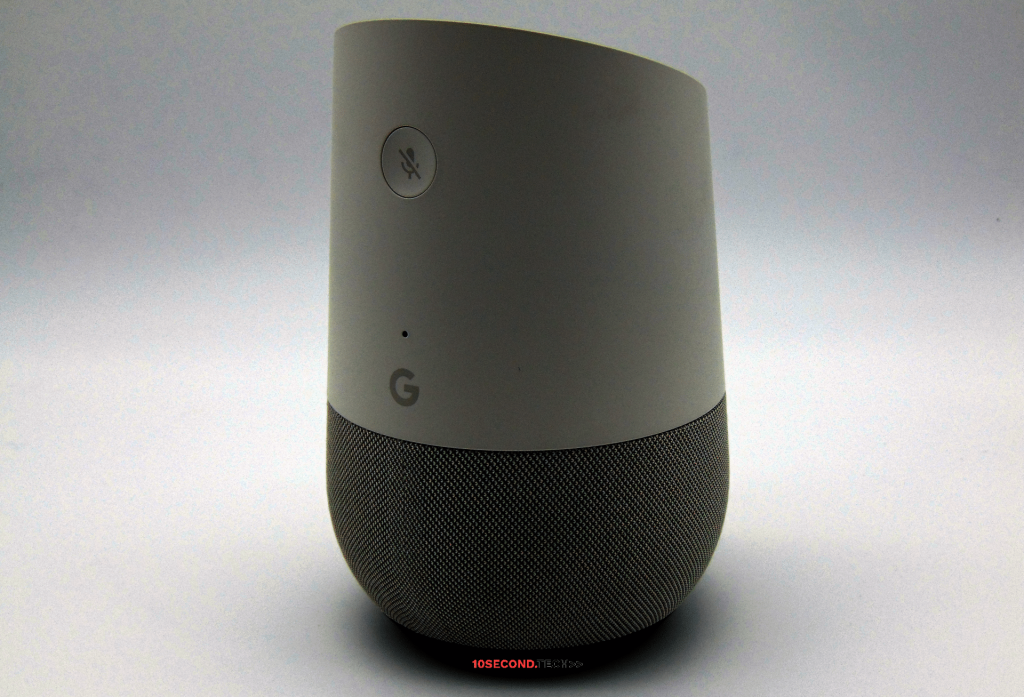 Google Home is a little like Siri for your house or apartment. You can ask it questions or issue commands and it’ll do its best to carry out your never-ending demands. A digital minion for your most tedious of tasks – particularly if you find switching on your heating or Spotify an modern day chore. I wouldn’t say I’m quite there yet, but the convenience of just shouting out ‘OK, Google, play x’ becomes second-nature pretty quickly. It’ll also connect to other Google-family products, like the Nest thermostat (but not the Protect smoke alarm), so you can switch your heating on or off with a simple command.

What won’t it do? Well, as it turns out, quite a lot, but more on that below.

Rather than just living inside your phone – although the AI part of the equation, Google Assistant, is available on Android devices too – Google’s launched a physical object to rival the Amazon Echo. And it did a good job of it, it’s far more fitting to easily blend into a home setting than the more functional looking Echo. That also brings another big benefit too – surprisingly good quality audio from the speaker. I wasn’t really expecting anything too impressive from the music playback side of things but I was pleasantly impressed.

There are a couple of ‘games’ built in – a quiz-style round that you can play with multiple people, and another that amounts to an audible Magic 8 Ball. You’ll maybe play the quiz once or twice for novelty with friends, but in reality it’s a little slow-moving to be of much enduring fun.

Google Home also has some recipe-focused updates incoming too, but not in time for this write-up, that should make it a smarter assistant in the kitchen. 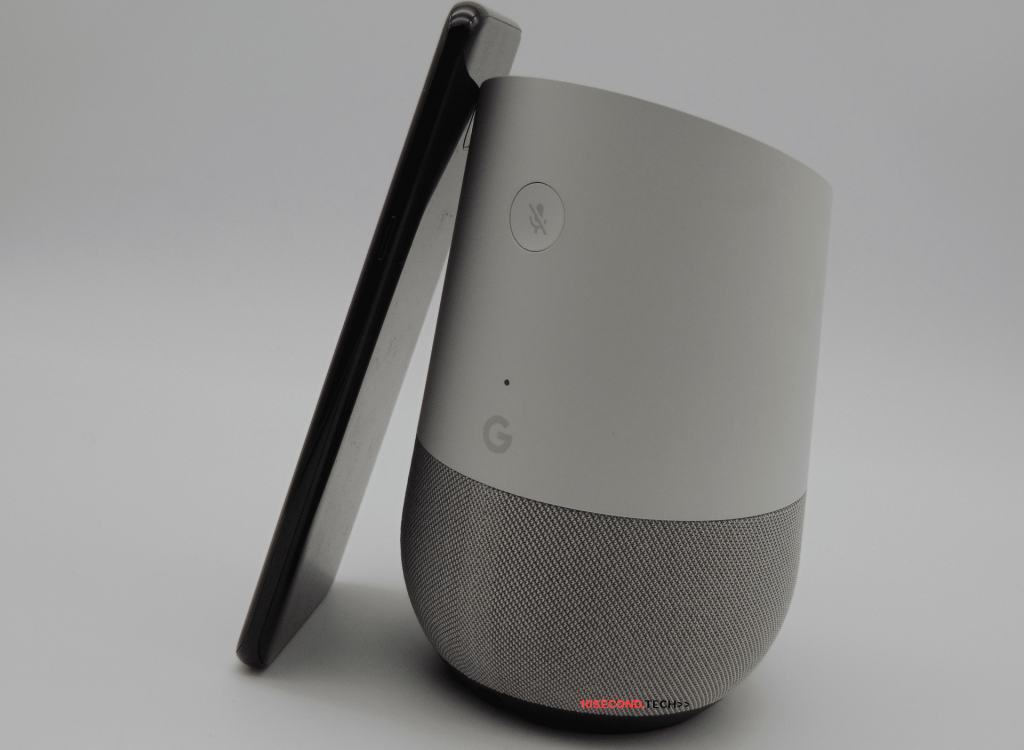 Google Home next to a Galaxy S8+

With some really convenient features at your fingertips, I shouldn’t have a lot of problem with Google Home, but my issue is that if you buy one now, you’re buying it for its future features.

Want to set a timer? Simple. Want to know what your schedule for the day looks like? No problem. Want to find out how long it’ll take to get somewhere? Easy! Want to combine those two things? Err, not so much. At least not yet. It can’t even add calendar appointments.

And that’s the crux of the current problem for Google Home, it simply can’t do enough right now. I can see a point where I’ll want one in multiple rooms, perhaps, but unless you’re buying one for the ability to stream Spotify, there’s not a lot of point in doing that today.

As an added confusion for loyal Google users, if you have an Android handset that has Google Assistant, its abilities are different from those of the Google Assistant in Home. This. Makes. No. Sense. And serves to leave you confused as to what you can and can’t do.

I want a Google Home, really I do, but I’m not too bothered at having one right now – this review unit is being returned, and I won’t be rushing to replace it. Once more third-party devices and services are supported – just like when Android first launched, in a way – it’ll become as essential to your routine as your phone.

Google Home gets one of its missing key skills, but still 'months' away in UK

Aiptek i70 Pico projector review: A surprising device I didn't know I wanted