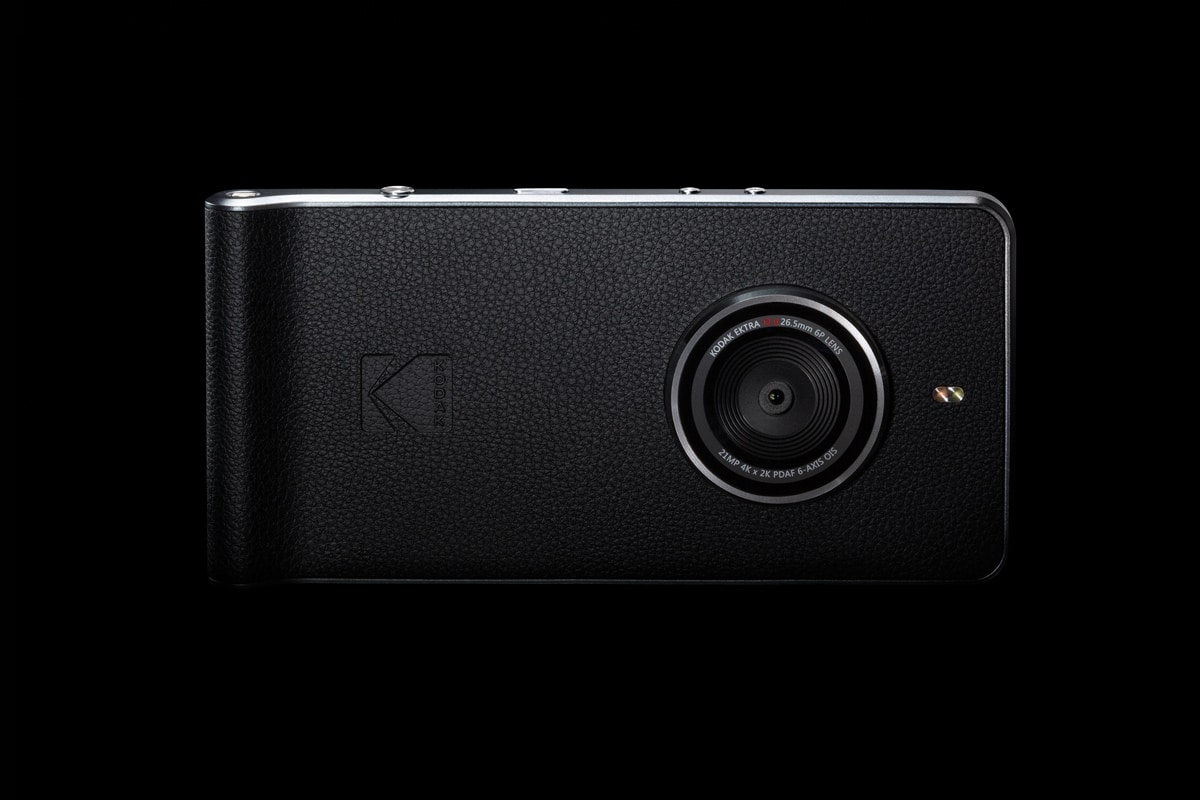 Kodak launched its first smartphone of 2016 today, and unsurprisingly it’s pitched directly at photographers. Sort of.

As much as the leatherette handset combined with a huge, protruding shutter cover leaves little doubt who the phone is aimed at, the camera tech itself is doesn’t blow established smartphone rivals out of the water. For £450 (it’s not available to pre-order yet, but you can register interest) you get a 21MP fast focus camera sensor with F2.0, phase-detection auto-focus (PDAF), optical image stabilisation (OIS) and dual LED flash. On the front, there’s a 13MP F2.2 PDAF selfie camera. Those certainly aren’t specs to sniff at, but they don’t blow the competition out of the water either.

Other hardware highlights include a 2.3GHz Decacore processor, 5-inch full HD display, 3GB RAM and 32GB of onboard storage. There’s also microSD expansion, as you’d expect on a phone made by a camera brand.

While the hardware is no slouch, it’s going to be the combination of novelty, price-point, camera specs and other value added through photographic tweaks – like an advanced manual mode, scene selection and a Super 8 Video Recorder.

With a sea of me-too smartphones, all performing comparably, Kodak’s Ektra might not win on paper, but it probably has enough appeal to attract buyers

Messaging app Line’s launched a Vine rival called Moments
A phone that sticks to a wall? Sure, why not
Advertisement